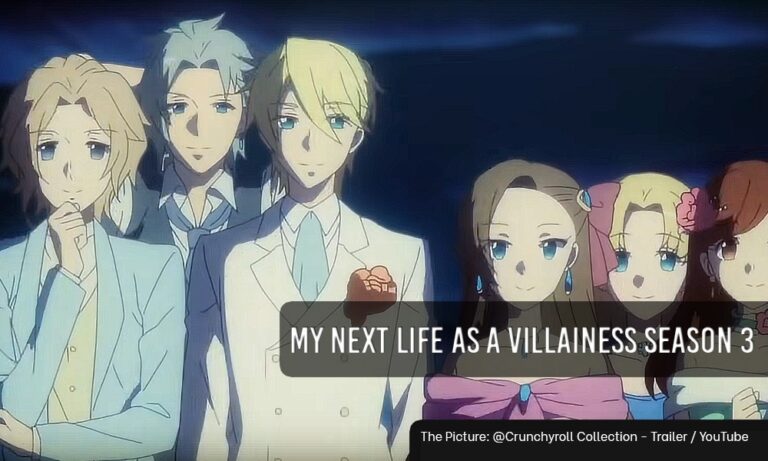 My Next Life as a Villainess Season 3 Release Date, Renewed or Cancelled?

My Next Life as a Villainess is an isekai genre anime that contains many fantasy and comedy elements. We know that the isekai genre, which we can summarize with a journey from earth to alternative universes, is very popular in Japan. Animes made in this genre attract great attention from anime lovers all around the world. One of the latest products of this genre, the anime, is adapted from Satoru Yamaguchi’s light novel series, which has been airing since 2015. The anime adaptation directed by Keisuke Inoue was animated by Silver Link. We also know the studio with popular anime such as Wise Man’s Grandchild or Bofuri, and we know that it has the potential to produce many successful anime in the future. Licensed by Crunchyroll and Sentai Filmworks, the anime first hit the screens in April 2020 and had a second season. The anticipated second season, “My Next Life as a Villainess: All Routes Lead to Doom! X“, is aired on JNN from July 3, 2021, to September 18, 2021. The OVA episode was the anime’s last watched episode on September 30, 2021, and fans are now eager for a third season.

What is the Plotline of My Next Life as a Villainess: All Routes Lead to Doom?

Eight years old Catarina Claes, the only daughter of Duke Cleas, lives a happy life with her friends and family. She is peacefully preparing to attend the school festival. But one day, she suddenly hits her head against a rock. As a result of this incident, she suddenly recalls memories of her past life and otaku times. When she wakes up, that is, when she is reborn, Katarina, who thinks that the world she is in looks familiar from somewhere, realizes that this world is actually her favorite game, Fortune Lover. She played this game the night before she suddenly lost her life. She reincarnated as a villain in the world of Fortune Lover. Catarina knows the game very well and decides to try to finish it by avoiding bad situations because the villain of the game usually either dies or is exiled. New characters will be added, unexpected and mysterious events will increase every day. Catarina won’t be afraid of cheating in the game. But is it possible for a bad character to have a good ending?

Will there be a third season of My Next Life as a Villainess?

The anime’s studio, Silver Link, Light Novel publisher Ichijinsha, or any anime-related company has yet to renew the anime for a third season. However, after the second season of the anime, a new movie was announced. The series will have a movie, but the details of this movie have not been shared yet; it is expected to be a sequel. Returning to the anime side, it is unclear whether there will be a new season yet, but it is possible to speculate. Considering the current popularity and source material availability, we can make predictions about a new season.

The popularity of the series

Although light novels contain enough source material for a new season, the renewal decisions depend on the popularity of the series because animes are for-profit productions. The official Twitter account of the series is currently followed by 115k people, which is not bad when compared to other animes. In general, an anime is expected to be watched over 100 thousand for a new season. To give an example from popular anime, Made in Abyss and Overlord also have similar followers.

Although anime is very popular in Japan, we do not see parallel popularity worldwide. Anime has average popularity in Google searches. However, we are not hopeless as the Japanese audience is more valuable in the new season decisions. The fact that the series has received a new season approval before and has recently announced a movie is an indication that they want to keep this series alive and that they earn income from it. Although we are worried about the lack of a worldwide hit, we see a high probability of a new season.

3rd Season Chance of My Next Life as a Villainess
Popularity on Mynanimelist
81
Popularity on Social Media
83
Popularity on Google Searches
65
Positives
Above Average Reviews (7.50 on MA, 7.4 on IMDb)
Good Popularirty in Japan
Enough Light Novel Source Material Availability
Multi-season continuity
Additional Income with Video Game and Film
Negatives
No Best Seller Manga
Not a Hit in Worldwide
No Big Distributor such as Netflix
60
Renewal Possibility

When is the third season of the anime?

A third season of the anime has not been confirmed, but as a result of our review above, there is a high probability of a new season. It is difficult to give a release date yet, as there is no official statement. We will update this section as more information becomes available. In the light of speculation, we think that the new anime season will meet with the audience in 2023-2024. Till then, we highly recommend you to watch No Game No Life or Re:Zero if you haven’t yet in the isekai genre. Stay tuned.

What can be the plotline of Season 3?

At the end of the anime’s second season, Catarina and her friends make their way home after finding Kaith. Now they can celebrate their achievements because they have finally graduated from the Magic Academy. At the end of the party, Keith and Catarina are alone and Keith confesses his love for Catarina. Catarina is shocked by what she has heard and feels the need to consult others. Before going to sleep, Mary talks and exchanges ideas with Maria and Sophia. She dreams of Fortune Lover 2. She even meets Lanchester and Percy! The next day, when Maria and Catarine go to the Department of Magic, they encounter the same characters from the game.

In season 3, Catarina is now a graduate and starts working at the Magical Ministry. Her life is so different now. But, as the new episodes of the Fortune Lover game will come, she will soon realize that life won’t be as ordinary and quiet as she thought. Also, the new season will show us more about Keith and Catarina’s awkward relationship. Keith has confessed his love to Catarina twice already. It doesn’t look like he will stop this season either. A love affair is also expected between Dewey Percy and Maria. Get ready for a season full of love and excitement. 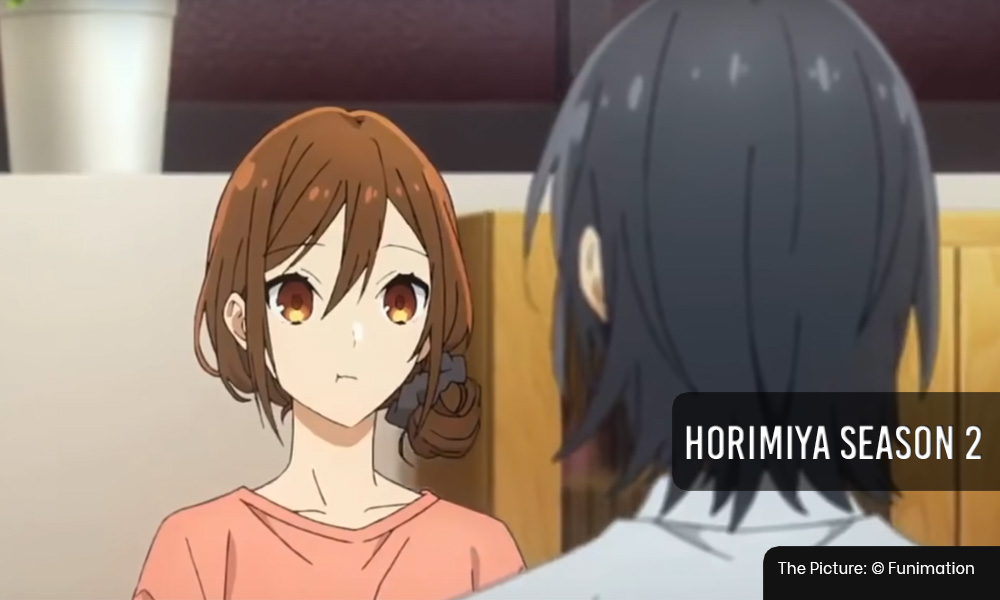 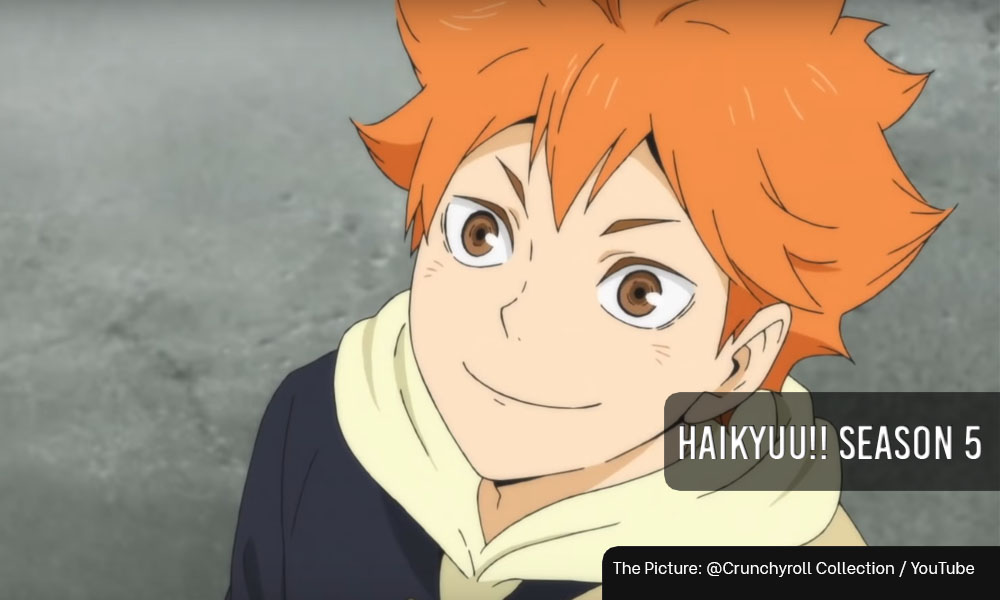 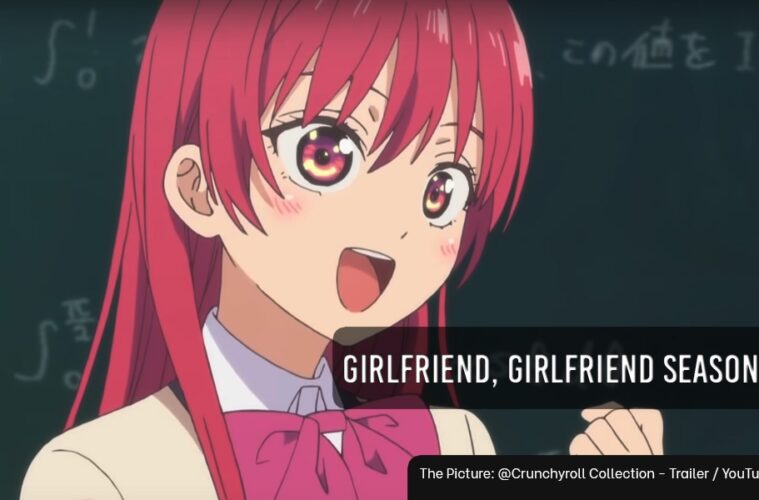