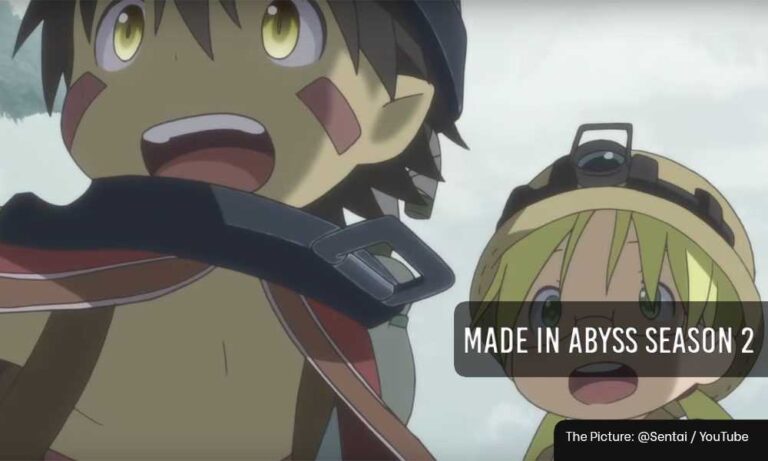 Made in Abyss Season 2 Release Date, Renewed and Announced!

Made in Abyss is a dark fantasy genre series that was first released as an anime in 2017. The series is inspired by the manga written and illustrated by Akihito Tsukushi. The anime, licensed by Sentai Filmworks, was presented to viewers on Amazon Prime Video. In this way, it became popular all over the world, and its viewership increased rapidly. Kinema Citrus, which we know from popular anime like “The Rising of The Shield Hero“, is the studio of the anime. The series originally aired on local channels AT-X, Tokyo MX, TV Aichi, Sun TV, KBS, TVQ, STS, BS11 from July 7, 2017, to September 29, 2017. After the 13-episode first season, we have seen a movie created by Kinema Citrus again, but fans insist on a second season. So, will the series has a second season? Let’s remember the series and see what we know about the second season so far.

What is the plotline of Made in Abyss?

The gigantic system of pits and caves, the only undiscovered in the world, was called Abyss. This cave system, which contains strange and wonderful creatures in their depths, is also full of ruins that the current humanity cannot produce. These mysteries that Abyss possesses attract people to discover. These adventurers, who fearlessly dive down the cliff into the pit, are called Cave Raiders. The best and brave cave raiders, the White Whistles, are seen as legends by the people on the surface.

Riko is the daughter of Lyza the Destroyer, a white whistle lost deep in the Abyss. She wants to be a white whistle like her mother and explore the deepest part of the Abyss. However, Riko is only a beginner red whistle and is only allowed to land on the first layer of this seven-layer pit. However, Rico has a lucky encounter in the first tier. She is chased by a creature that should not have been in the first layer, while she is rescued by a robot that looks like a young boy. Riko names the robot “Reg” and asks him where he came from, but Reg says he doesn’t remember anything. Rico thinks Reg is from the Abyss’ depths because of the technologies he has, and the two decide to dig deep into the Abyss to find Reg’s memories and learn the truth that had happened to Rico’s mother. However, they don’t have the slightest idea of ​​what awaits them there.

Will there be a second season of the anime?

According to the announcement made on the anime’s official website on May 5, 2021, Made in Abyss has finally been renewed for a second season. The anime hit the targets in disc sales with its last season. On the other hand, it is an anime that is followed worldwide by anime lovers, and this new season decision did not surprise us. In our previous predictions, we were sure that the series would have a new season. As a matter of fact, manga can also provide sufficient source material. Along with the renewal announcement, a key visual was also released. The new season of the anime has been titled “Made in Abyss: Retsujitsu no Ōgonkyō” (Made in Abyss: The Sun Blazes Upon the Golden City). And also it is announced that an action RPG game will be released on consoles and PC in 2022. 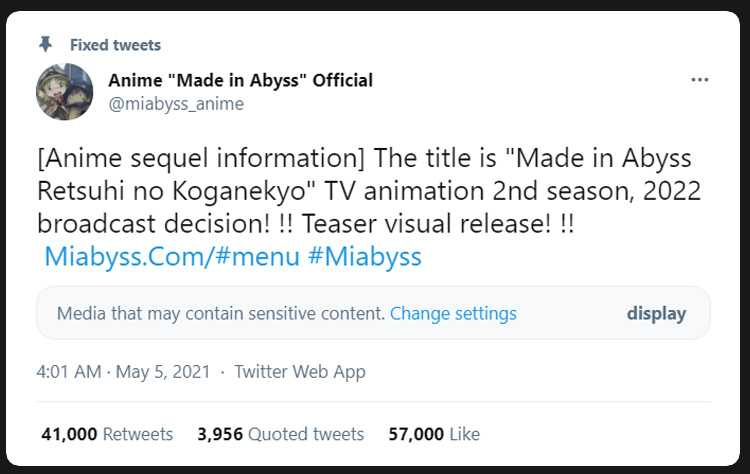 As we mentioned before, the anime is based on a manga written and illustrated by Akihito Tsukushi. The manga series published by Takeshobo has been featured in Bamboo Comics since October 20, 2012. It currently consists of 9 volumes in total, and the last volume was released on July 27, 2020. The good news is that the manga is still ongoing. This is important for the source material continuity of the anime.

The anime has two movies released in 2019. These movies were not a sequel. The first movie was a compilation of episodes 1-8 of the anime. The second was the compilation of 9-13 episodes. However, “Made in Abyss: Dawn of the Deep Soul” released on January 17, 2020, was a sequel, and the second season will probably tell about the events after this movie. Maybe there will be flashbacks scenes from the movie, but in general, it will be skipped.

In the first season, anime covers volumes 1-4 of the original manga. The sequel movie was adapted from the 5th volume. Now there are 4 volumes left. Although it seems adequate, the situation is a little tricky. The manga currently consists of 55 chapters, and the final volumes contain fewer chapters than the first volumes. In the first season and movie, 38 chapters were adapted. However, the remaining 4 volumes contain only 17 chapters. From this point of view, it means that we will wait for a few more volumes to be released for a new season.

Popularity and Disc sales of the anime (BluRay and DVD)

Anime’s disc sales figures have an effect on new season decisions. Basically, if 4,000 or more discs are sold, there is a high possibility to creators produce a second season. Made in Abyss easily crosses this target. According to the information we obtained from the official website, the anime sold 5,298 discs. (x2 volumes)

When we look at the popularity of anime, we see a 96.3% score based on Myanimelist popularity ranking values. On the other hand, anime is searched on Google more than many popular animes, and people talk about it frequently on social media. 120k people on Twitter follow the anime (@miabyss_anime), and this number shows that the anime is also really popular in Japan. There is an incredible audience waiting for a second season. Producers will not ignore the benefit from this audience.

When is the second season release date?

Expectations were that the anime would hit the screen in 2023, but the news is better. The renewal announcement stated that the new season of the anime would meet with the audience in 2022. As of October 24, 2021, although a clear release date has not been given, we expect it to be released in the summer of 2022. Kinema Citrus is expected to retake charge in the new season. We will share with you as details become available. Also, Made in Abyss: Binary Star Falling into Darkness (Made in Abyss: Yami o Mezashita Rensei) 3D action RPG game will meet players on many platforms in 2022. (PS4, Switch, PC via Steam). Here is the key visual shared for a new season: 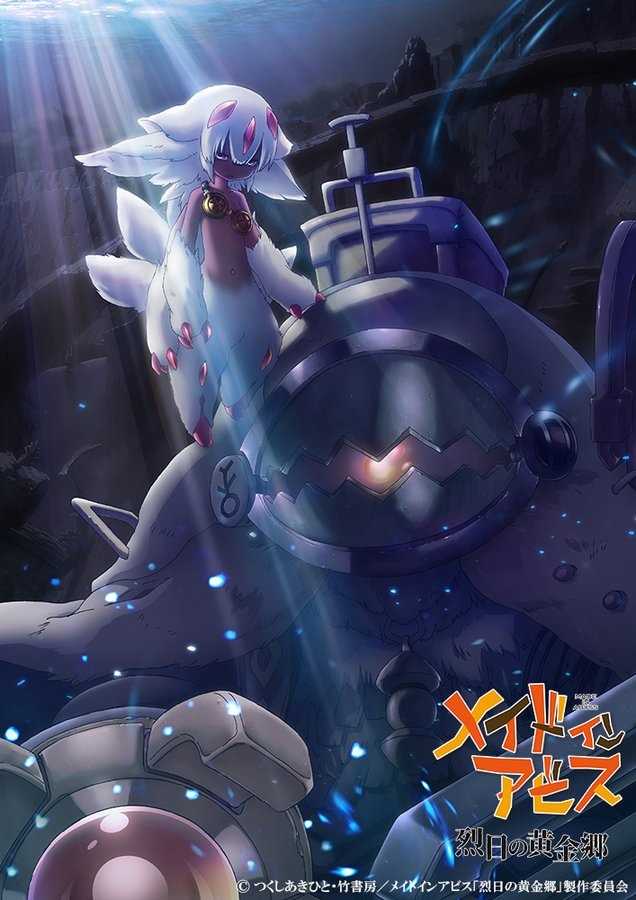 More about ‘Made in Abyss’ and the characters

The anime is very good at drawing and animations. We can call it a visual feast. The only thing missing is that it looks like the characters’ face drawings, in our opinion. There are one opening and one ending in the anime. They’re both nice but nothing special. Already the real thing is in the OSTs. There are OSTs with a total duration of two hours, all composed by Kevin Penkin, and almost all of them are spectacular. Kevin Penkin has done a near-perfect job; most of the OSTs do very well to captivate the audience. It takes the audience and puts them into the world of Made in Abyss.

The art design and the atmosphere of the anime are really successful. While light tones are used occasionally, tones are frequently switched to dark when the time comes. The atmosphere in the anime is not boring like the anime that uses the same tones throughout the series. The designs of the monsters in the anime were also beautiful. Instead of using CGI as most anime do, they tried to draw these monsters down to the smallest detail, which gave the anime a distinct, wonderful atmosphere. Okay, the CGIs in Houseki no Kuni also gave the anime a lovely feel, but many anime lovers still love original art in traditional style.

Riko, the only child of Lyza the Destroyer, one of the legendary raiders, went on a mission deep within her mother Abis when she was only two years old and disappeared. After this incident, Riko grew up in an orphanage, and then she started taking lessons to become a raider. Riko is a good-natured, energetic, fast-paced, curious boy. She can also cook quite well. She is now a twelve-year-old red whistle, but she wants to be a white whistle like her mother.

Reg is a robot that looks like a little boy. His real age, where he came from, and his real name are unknown. He cannot remember his memories before meeting Riko.

Reg’s body is extremely resistant to physical damage and also has a much lighter body than he looks. Robotic arms can extend up to 40 meters, and Reg can use these arms for various purposes, and each of these arms has a relic named “Korlazer” attached to it. Korlazer can turn almost anything to ash, but after he uses the skill, his body becomes tired, losing consciousness and remaining unconscious for two hours. Having an artificial body, Reg may be the only intelligent creature fully immune to the Curse of the Abis.

Although Reg is a great warrior, he is shy and not very self-confident. He blushes easily and often cries when he is in distress. Unlike Riko, Reg is easily worried in times of danger and has to rely on Riko’s decisions in difficult situations. 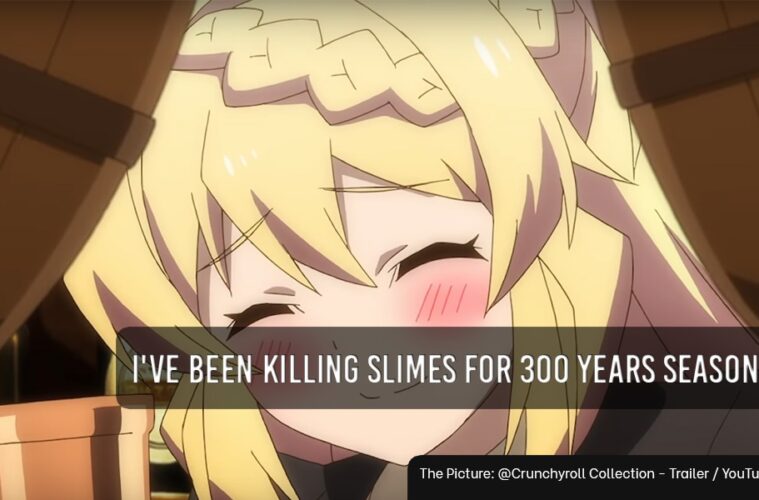