Given is an anime adaptation of the Japanese manga series written by Natsuki Kizu. The anime, licensed by Crunchyroll, was originally aired on Fuji TV. BL, drama, and romance genre anime aired weekly from July 11, 2019, to September 19, 2019. After the first season prepared by the Lerche studio, fans are worried about the second season. Lerche has also produced successful anime such as Astra Lost in Space and Toilet-bound Hanako-kun. The second seasons of these anime series are eagerly awaited. So has the series been renewed for a second season?

“I feel like his voice has penetrated me. I just can’t get it out of the head. Mafuyu’s voice is like an impossible weapon to stop.” Ritsuka Uenoyama realized that playing guitar or basketball was no longer a favorite hobby. One day, he meets Mafuyu Sato, who is sitting with a broken guitar in his hand. Ritsuka reluctantly begins teaching the guitar to Mafuyu, but things will suddenly begin to change as Ritsuka hears Mafuyu’s voice. 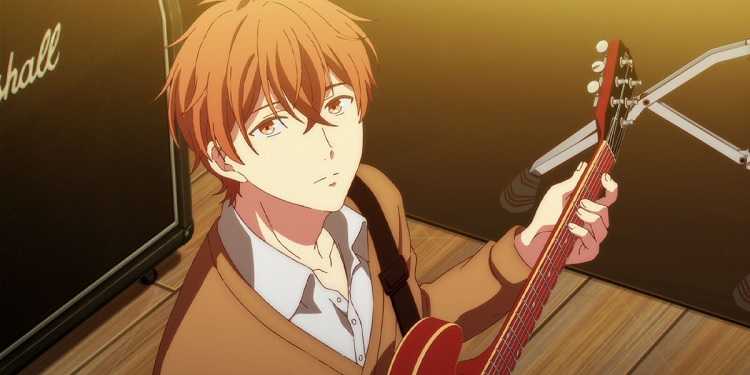 What will we see in season 2?

The series made the season finale as soon as the characters were happy and left the fans curiously. We will see what Mafuyu and Uenoyama’s relationship will bring in the next season. We expect to see more of Aki and Haruki in season two as well. In the anime’s first season of 11 episodes, all episodes were full of excitement, and it looks like it will be in season two. We will see what will happen between Aki and Haruki in the second season, but we do not include it in our article to avoid spoilers.

Will there be a second season of Given?

It was announced that the series would have a new movie. You will find details about the film in the rest of our article; However, as of March 8, 2021, Crunchyroll or Studio Lerche has yet to renew the anime for a second season. More than a year has passed since the show’s most recent season. It is quite natural that we have not seen a renewal yet, because this is a situation we are used to in anime. There are some parameters to evaluate whether the series will have a new season. The most important of these are manga status and popularity. The anime’s disc sales were not good, but not bad either. It sold 3414 units in the first volume. Considering the decline in BluRay sales in recent years, although it remains below the targets, it is not a desperate figure for the second season decision.

Manga status of the anime

As we mentioned before, Given is a manga adaptation. The manga, written and illustrated by Natsuki Kizu, began to be published on April 30, 2013. The manga series published in Cheri+ magazine is ongoing today. It is good for anime that manga continues today; because it provides the source materials for anime. Given’s manga consists of 6 volumes in total, and the latest volume was published in August 2020.

When is the release date of Given season 2?

The anime covers 26 chapters of the manga. Chapter 26 corresponds to the middle of the fifth volume. After this volume, only an additional volume was published, and there are currently 36 chapters in total. This means that the manga is not yet able to provide enough resource material for a second season. The show’s likely new season date is somewhere in 2022-2023 at best.

Good news for fans was announced on September 19, 2019. The anime will have a sequel as a movie. The film is a direct continuation of the anime series and adapts the manga’s second arc, which focuses on the relationship between Haruki and Akihiko. Blue Lynx is currently developing the movie. We will see the voice cast in the anime adaptation in the movie. The movie was planned to be released in 2020, but the plans were unfortunately divided due to Coronavirus. The film will meet the audience in early 2021. The licensee can be viewed on Crunchyroll.